‘After a length of time, it ceases to be a disguise and becomes, simply, what is…’

It marked the approaching end of my southern residency. Having spent just under a year living in Savannah, Georgia – a location that won out based on two factors: I wanted to live in the most beautiful place that I could find, and I wanted a place where the culture and habits were absolutely unfamiliar to me. I’ve always found inhabiting the area beyond the fringes of one’s comfort zone is where challenges and struggles lead to learning and the best memories.

And so here it was. Stone was out visiting from the West Coast, Banshee, another old friend from out west had by chance found herself living in Charleston, South Carolina, and within 20 minutes of the three of us meeting up, the option of a marathon road trip to Dollywood, the Smoky Mountain theme park owned in part by the nearest thing to American royalty, Dolly Parton, surfaced. Timing would be tight, Stone had a train to the northeast to catch the following evening. But any discussion was a mere formality… as soon as the idea was proposed, there was no way we weren’t going to follow through on it.

Born in part from  the constant state of moneylessness that accompanies being a teenager in our younger years, we soon discovered that often figuring out an unconventional way inside tended to be the most fun part and completely transformed the young perspective of our suburban landscape from [please read with an angsty tone] ‘there’s nothing to do’ to ‘the world is ours!!!’. It began with entering movie theaters as  through the exit doors as other people were leaving  or hopping fences to gain entry to punk shows or bar patios. But it was not long before figuring out a way inside became the focal point of the night rather than a detail of it. Whether it required creating fake press passes or tickets at the copy store, scaling a wall to enter through a roof access hatch, or transferring a handstamp from the back of one hand to another – and learning to do this with a school id or driver’s license so that the stamped word remained legible rather than becoming a mirrored version of itself, the feeling of success became the reward, and the event itself just a nice byproduct.

We drove through the mountains of western North Carolina after a late night in Asheville. It was the 20 year anniversary of the Los Angeles riots, and NPR was replaying news clips as well as interviewing prominent figures from the Los Angeles area who had some connection to the riots over the car stereo. It was probably the only time I had heard NWA and Dr. Dre played on NPR, and it served to make our delusionally tired and slightly nervous drive to the Smoky Mountains of Tennessee all the more exciting.

There’s always a way in.

Books have been written by the gatecrashers of old who used simple tricks such as walking up to the VIP check in and quickly glancing at the guest list set down in front of the staff and saying the first name they were able to decipher, or by those who wanted to attend the Super Bowl but opted not to buy tickets, but to buy convincing EMT uniforms instead. And though organizers and security staff have tied up some of these loose ends in the evolution of exclusive event organizing, they remain playing a game of catch-up to a few people who have ambition and creativity on their side.

In the words of one expert consultant in the field of security who I’ve enjoyed reading for educational purposes, no security system is foolproof, and a smarter security system only creates a smarter person willing to bypass it.

We’ve learned to read the purchase codes imprinted on Disneyland ticket stubs so that when questioned, we could say at what time we purchased the tickets and how many people entered in our group; though in reality, we had just asked a tourist for their ticket stub, none of us had actually paid. And we would be back the next weekend doing the exact same thing.

We waited for the bouncer to turn his head and then jumped the velvet rope. We literally danced past the ticket takers assuming [correctly] that they wouldn’t stop patrons from having a good time to ask them to dig out their tickets! In one instance we turned around and walked backwards through the exit, an illusion we believed would lead to a laugh with the gate employees where we could smile and charm them into agreeing to look the other way, but when we realized that we had made it inside and no one had said anything to us, then we simply just turned around and proceeded on.

Dollywood; the jewel of Pigeon Forge. We parked with everyone else and took the tram to the main gate, walking amongst the families who had also come out to get into the park at its opening hour. Any large location usually has a similar checklist of options, and we split up to investigate them. You can search the perimeter for weak points of security, or look for overwhelmed employees collecting tickets and watching the gates, you can hop fences, or walk through the doors with ’employees only’ signs. If you’re good you can flirt, or claim you lost your ticket, or had to run back to your car, or wait for (or create) a diversion, and there’s always the option of brute physical force, though it’s generally agreed upon that this is pretty weak form.

There’s always a way in.

In fact, there’s almost always multiple ways in. And all you have to do is find one of them.

That morning, after six hours of driving on a whim and an agreement that whatever happened we were A). getting inside the park, and B). not buying tickets, the three of us emerged inside the park and cooly walked up the hill to ride the Mystery Mine and Wild Eagle roller coasters, and stood watching some of the bluegrass bands that play throughout the park (at least Stone and I watched, Banshee napped.) And when it was all done, after riding each ride a few times, we didn’t feel compelled to stay throughout the day and ‘get our money’s worth’. We left. At 2 in the afternoon. Heading back to the car, on the 20th anniversary of Los Angeles erupting into flames, we felt we had sufficiently left a trail of fire in our wake in that Tennessee mountain amusement park. After all, we were a couple hours away from anyplace where we could get vegan Thai food, and we had to get Stone to his evening train!

For those of you who have read this far, welcome to my blog.

There’s a world of opportunities and potential out there, and we never sleep.

Until next time, Dollywood.

[Cue Dolly’s Together You And I… 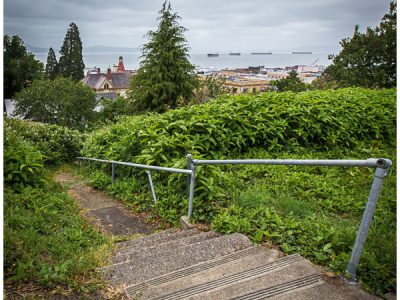 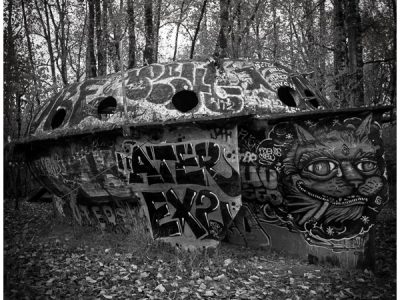