On the day of January 24th, 1952, a Grumman SA-16 Albatross took off from Mountain Home Air Force Base in Idaho bound for San Diego carrying a 6 total occupants. The one-day, non-stop flight was part of a classified training mission supporting CIA Cold War operations. As night engulfed the skies around 6:30pm, one of the Albatross’ dual engines gave out. Losing elevation and velocity, the pilot gave the order for the plane to be evacuated. All of those onboard would jump from the rear door and land about 14 miles north of Death Valley’s Furnace Creek with no injuries, while the now-unmanned plane would eventually crash into a mountain near Towne Peak in the Panamint Mountains that formed Death Valley’s western edge.

Being a classified flight, the crew members were eventually picked up by military aircraft, and the sensitive materials at the wreck site would be collected and removed. The bulk of the wreck, however, was deemed too remote to be removed, and was ultimately abandoned in the high steep mountainside above Dolomite Canyon.

The plane wreck site remains, storms and gravity having pulled much of the debris deep into the canyons beneath. But the fuselage and one of the plane’s engines remain, clinging to the side of the mountain.

It is possible to reach the wreck by foot, though the route requires scaling a trail-less series of mountain summits, and Death Valley’s extreme conditions ensure that would-be visitors remain absent for months of the year. In total, a 10 mile round trip hike with around 4000′ of total elevation gain along its length keep the wreck beyond the ability of most.

It may have been one of the most surreal feelings I’ve experienced, sitting on the precariously tilted fuselage with legs hanging over a sheer drop, listening to the afternoon wind whistle through twisted wrecked aluminum, imagining the nighttime impact of an airplane into the side of this distant mountain. I guess they don’t call it Death Valley for nothing… 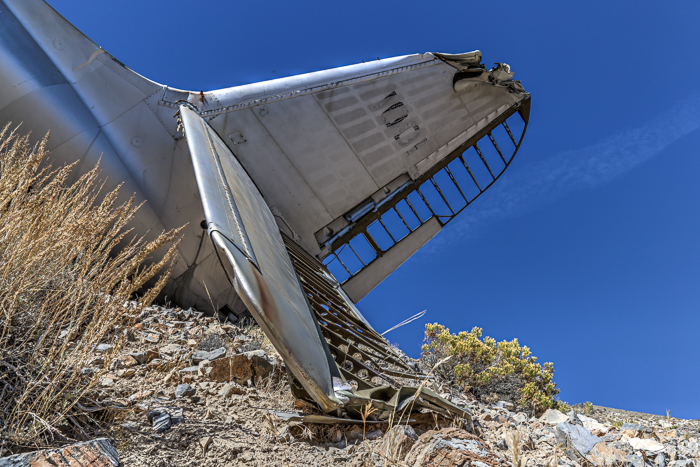 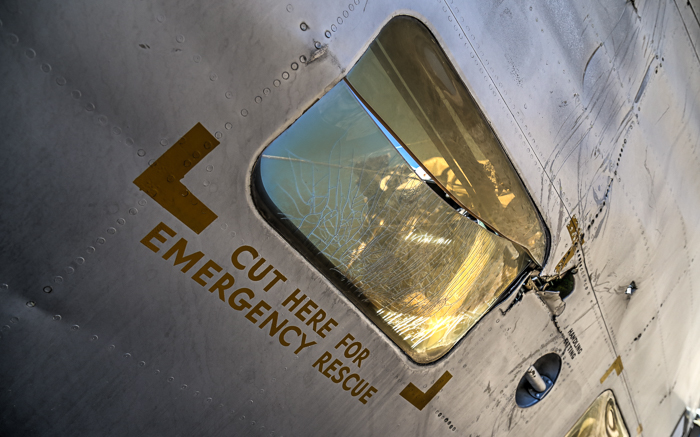 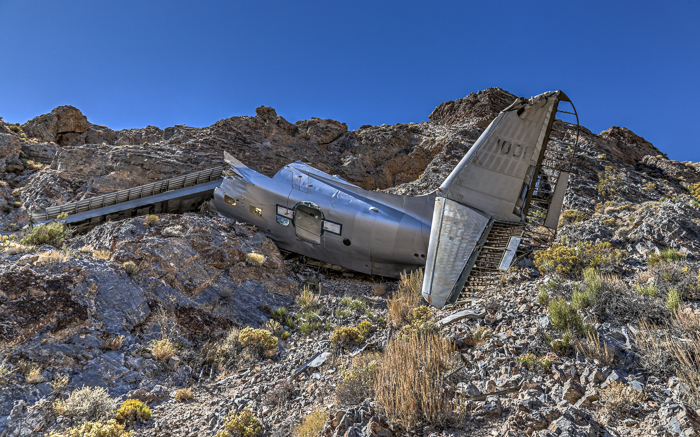 HI, I discovered your story while doing research on rare plants. What was the rare plants you were searching? Is the wreck there? Do you have any additional information about the crew of the wreck? The classificed mission? Any information is appreciated. Bests, Robert Capria

I knew the pilot. They were pretty fortunate (I think there was an engine fire, and it was winter and they made it to the hotel (I am assuming Panamint Springs). They thought they were going to be able to stay at the hotel for a few days and relax because it was a classified mission. But the next day they got found and had to leave. They were a bit bummed out at that.