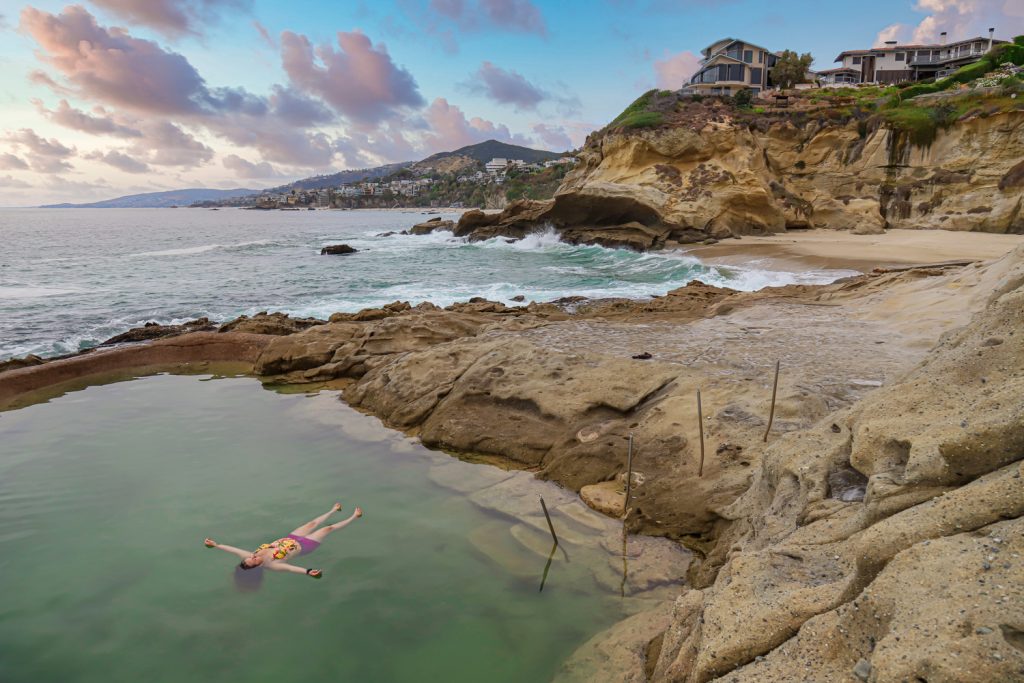 Constructed into the area’s natural tide pools, one of the most surreal swimming experiences in Laguna Beach may be the infinity pools. Built at the ocean’s edge in a private cove along the city’s wild shoreline, Laguna Beach’s hidden pools have long been a picturesque destination. However for those who don’t have one of the few multimillion dollar homes overlooking the ocean with a private staircase to the cove below, the pools are only reachable by coordinating entry and exit through a sea cave with low tides or by swimming around the rock outcroppings from a nearby public beach.

Built at the water’s edge, the pools were constructed in a way that lets the high ocean tides breach the walls and circulate fresh water. Beneath the water’s surface, crabs and tidal life have taken to the sandy bottoms and edges. While all beaches in California are public up to the high tide line, it’s rumored that these pools were found to have been built illegally on public land, making them legally accessible to those that can reach them.

The silhouette of Catalina Island rises in the distance, and those who keep an eye on the water may be able to spot the dolphins that frequent this part of Laguna Beach, while just below the pool walls are rocks teeming with tidal life. Crabs, anemones, limpets, sea urchins, black turban snails and acorn barnacles can be seen in the tidal areas.

At high tide, waves burst with crescendoing spray across boulders on either side of the cove, shuffling into the pools. Both pools at water level, a rectangular one nearer the shore and a round one further onto the rocks, were built with cement beneath the sandstone cliff ledge. More or less abandoned, the age and salt water have taken their toll, causing drains to have rust shut and slowly eroding the cement banks of each pool. Older stairs and walkways also sit near the pools in various states of decay.

Hidden from some, and inaccessible to others, Laguna Beach’s hidden saltwater pools are scenic remnants of a past era, leftover from the luxury homes of the past whose owners built private infinity pools before the age and decay turned them over to those willing to make the trip to find them. 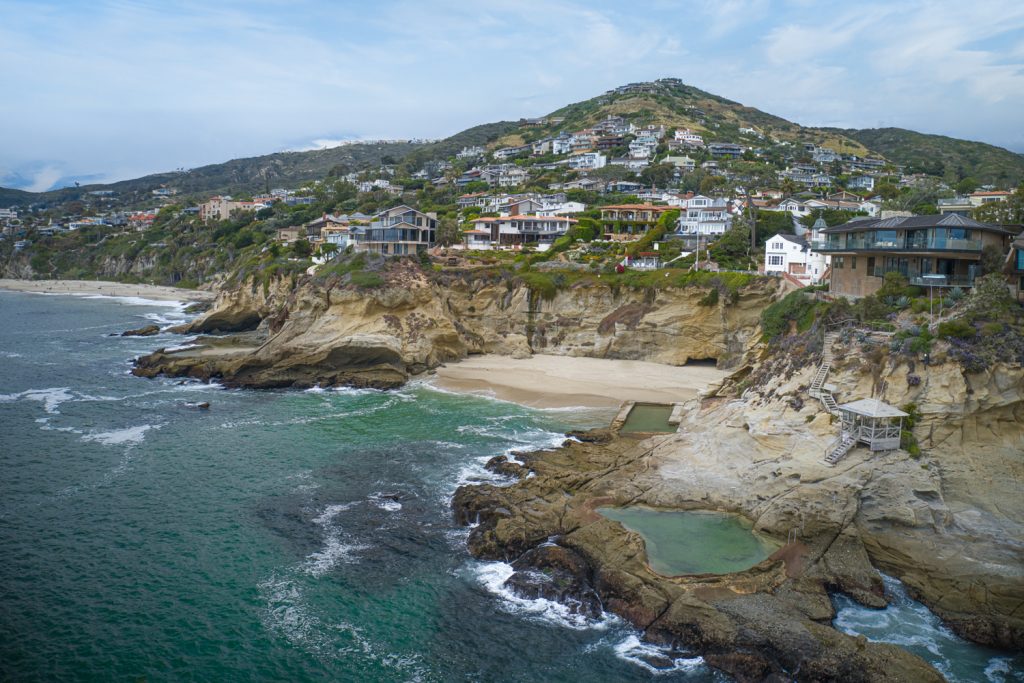 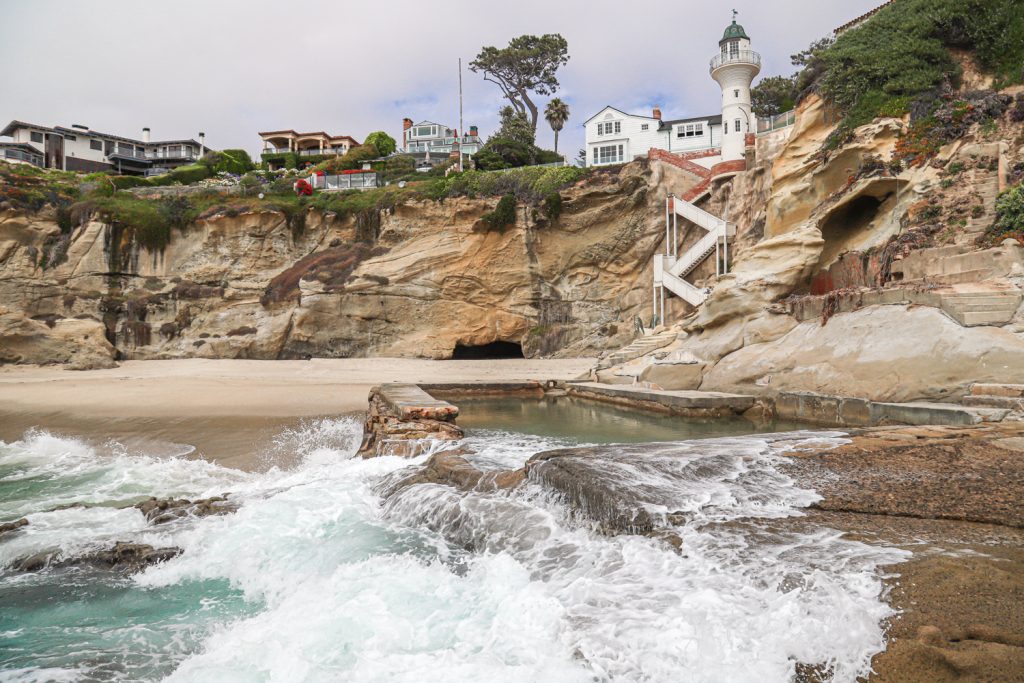 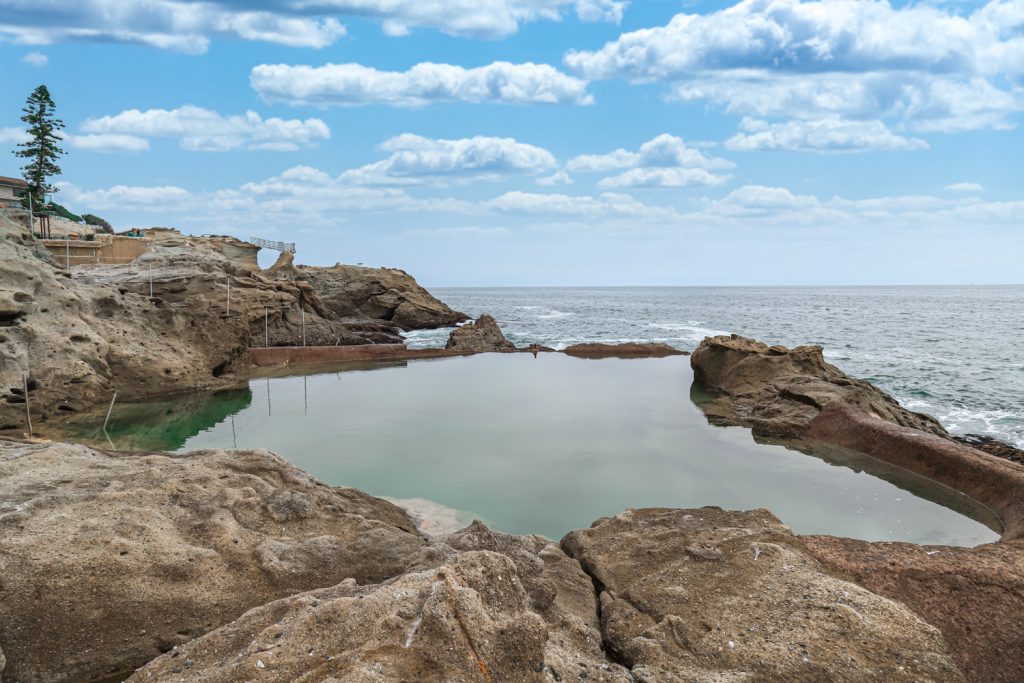 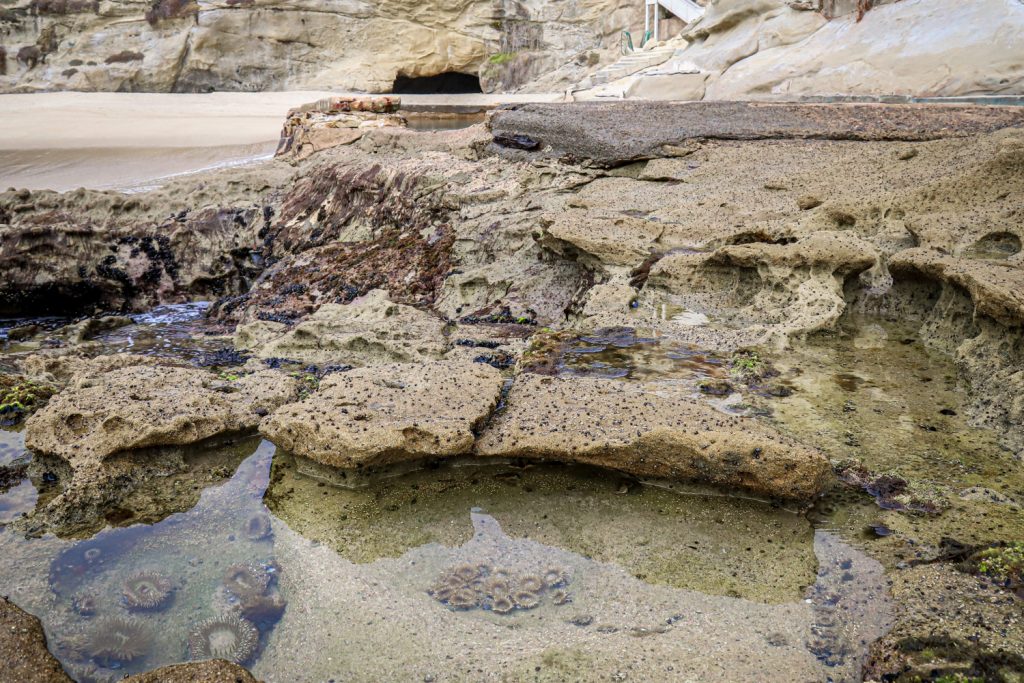 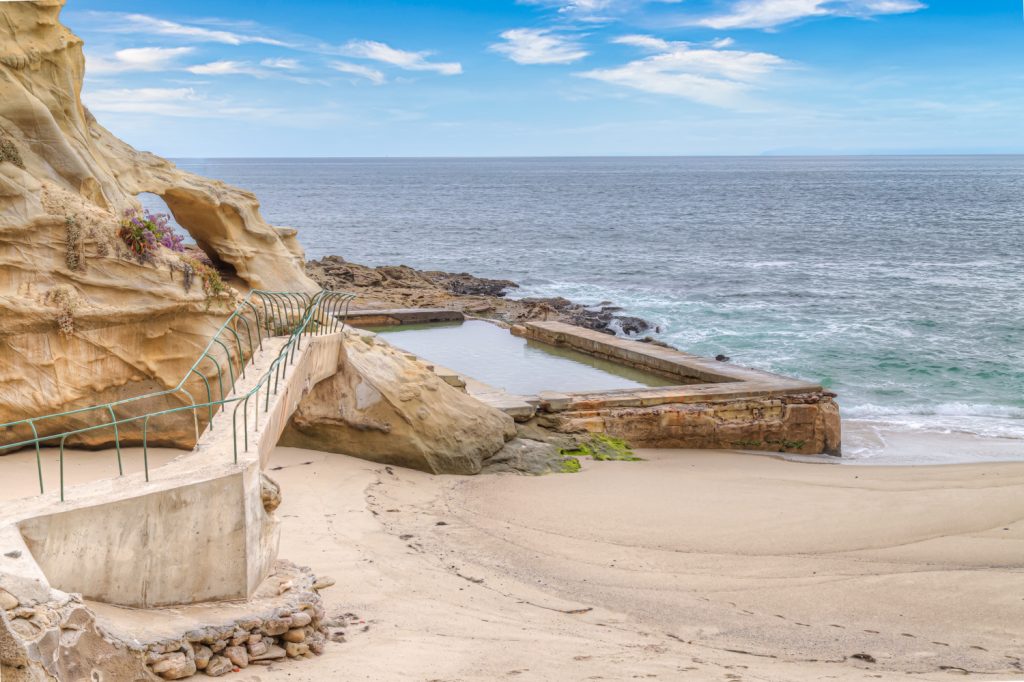 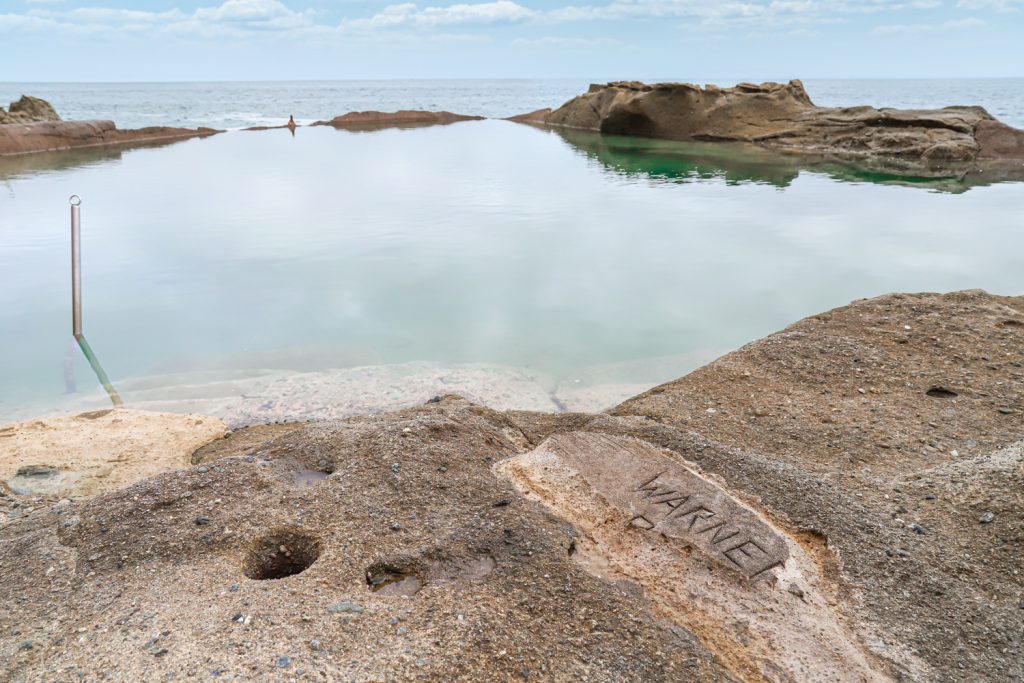 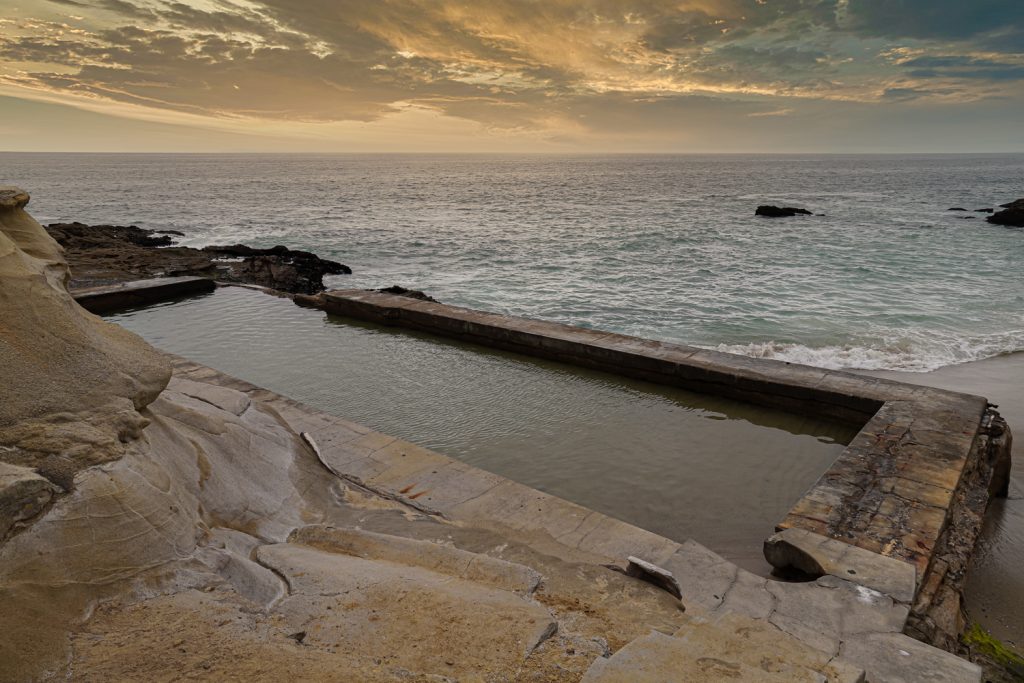 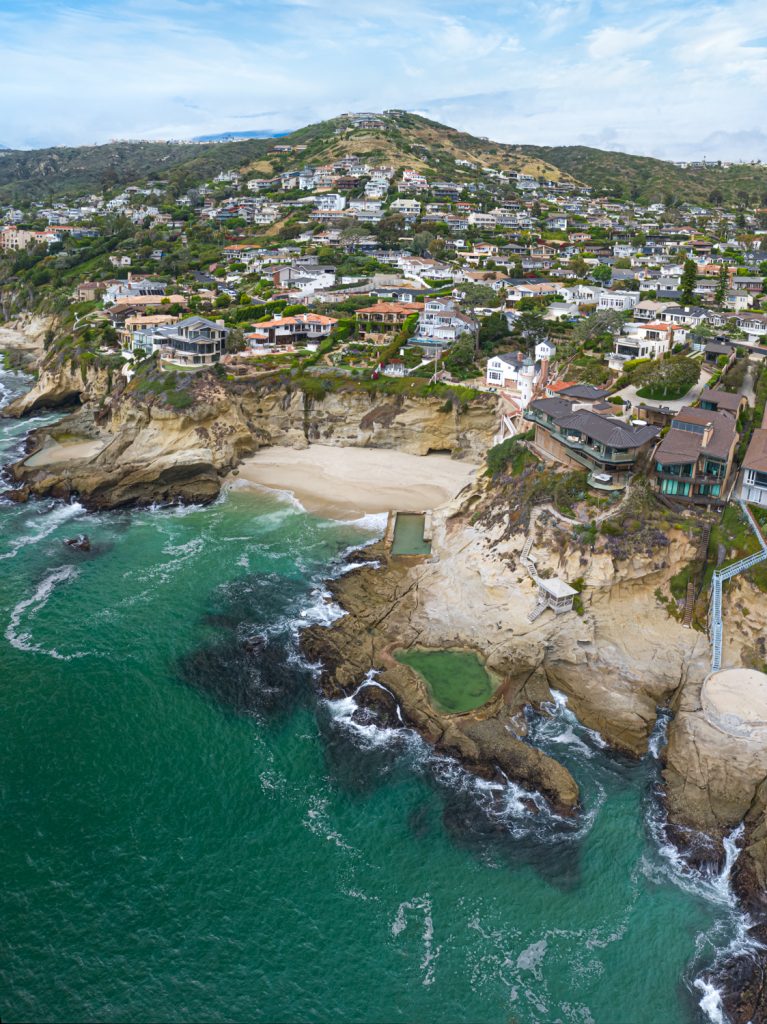 Very interesting... my local beach has more rocks than sand, and is a dangerous spot for sharks also. The idea of building a swimming area like the ones above has gained general approval; problem is, none have been built in this country for a century or so, and the know-how has been lost to time... If possible, can you please provide more details, especially about the drainage, and any more photos you may have? Thank you and congratulations on your fascinating articles!