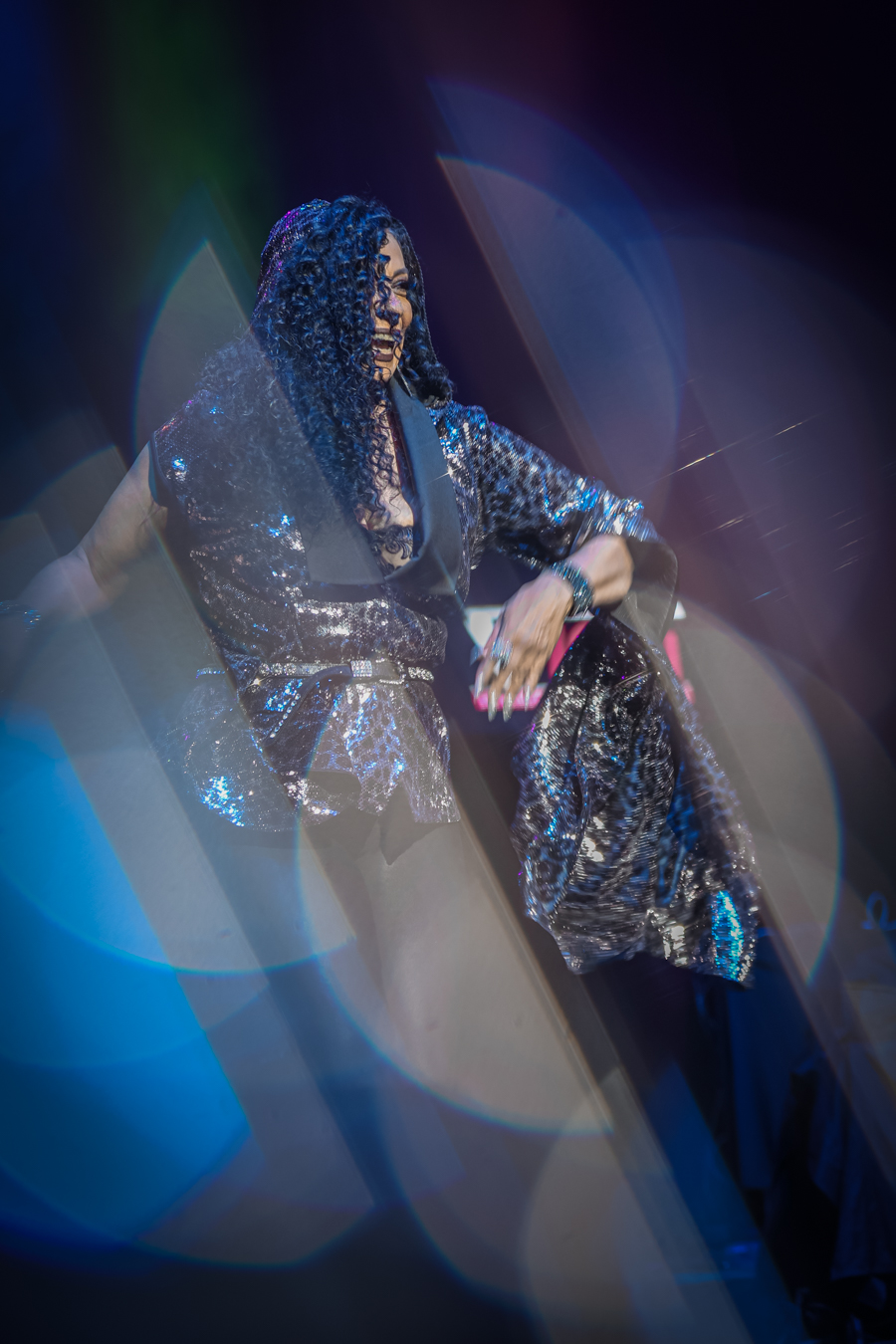 “When we recorded, I wasn’t thinking about other people. I didn’t have anybody to really look to, because it wasn’t a genre back then,” recalls Trinere, reflecting on her recording sessions in South Florida penning what would become some of the most well known songs of the freestyle musical style. “I came from the jazz world. He [referring to “Pretty Tony” Butler who she would partner with in music and romantically] was doing his own style. I wasn’t gonna allow him to give me just any type of simple track. I wanted a bridge, I wanted a chorus. I wanted to sing! And that’s where we gelled.”

Trinere Farrington, known simply by her first name, is looking back on her days helping to innovate what would come to be called freestyle music. These days the music is instantly recognizable – electronic production and beats branching off of old school hip hop and adding some soul, catchy vocals. If you’re of a certain age, this was probably the music of school dances and roller skating rinks. The delivery is just so catchy that even the vibe it conjures is a carefree night with friends, even if the lyrics were reminiscing on the depths of a troubled relationship. The music just simply takes you back to carefree times.

And Trinere was there from the beginning. Following a chance meeting with producer “Pretty Tony” who had just produced two songs – “Lookout Weekend” and “When I Hear Music” – with artist Debbie Deb that would blow up with everyone from DJs throwing parties in parks and street parties to Black radio stations broadcasting throughout urban airwaves. Having grown up in Miami and fresh upon returning to the city following some time living up in New York where she auditioned for the Mary Jane Girls, Trinere was at a party where a friend introduced her to Sherman Nealy who owned record labels Music Specialists and Jam Packed.

“He was like, ‘Oh, you can sing really good?’ My partner is Pretty Tony, I know you’ve heard of him.” Trinere mentions she hadn’t heard of Tony, but had heard those songs he produced for Debbie Deb. Upon Nealy’s insistence that they meet, Trinere found she and her friend following Nealy as they drove to West Palm Beach where Butler’s home studio was located.

“We didn’t hit it off in the beginning,” she explains of her meeting with Butler. “He had a huge ego. He was judging me without hearing me. He was like, ‘If you can sing, I want you to go in there and listen to this song and see what you can do with it’.” Trinere took his challenge. “I picked up the feel of the song immediately. I learned the song really fast, and that first night of meeting him is when I recorded “I Know You Love Me”. I killed it, on the first take!”

She describes staying up throughout the night at Butler’s studio and just working on music. Following the all night session, the two recorded “All Night” the following day. Both of these songs would appear on her 1986 deubt album Trinere released on Nealy’s Jam Packed label.   “I pretty much ended staying there for weeks. That’s how I met him and it was history after that.” The arrangement soon became a lot more than professional. Trinere and Butler got together romantically, the two would have a son together. Though while the relationship experienced its ups and downs, musically the two were constantly working on new sounds. Fusing Trinere’s music school background and Butler’s experimenting with electronic production and sounds, as well as a team of writers who were staying at the home studio and witnessing the ups and downs of their relationship all while turning that around into lyrics in real time, Trinere and Butler were innovating a new style of music that had its roots in the Black soul music popular at the time, along with Latin rhythm and beats that the Miami scene was rich in.

Trinere remarks that the chemistry between the two, even in the midst of a relationship that was experiencing its peaks and valleys, brought an element that is audible in the music. “We had a love for each other. He wanted me to succeed, he wanted me to be the best out there. I was the only artist that he focused on, that the whole company focused on. We fought, he pissed me off a lot. Being the popular producer, there’s always gonna be a lot of women around. We went through our things and a lot of my music reflected that because the writers who wrote for me, they witnessed everything, they were a part of everything, and they wrote about it.” 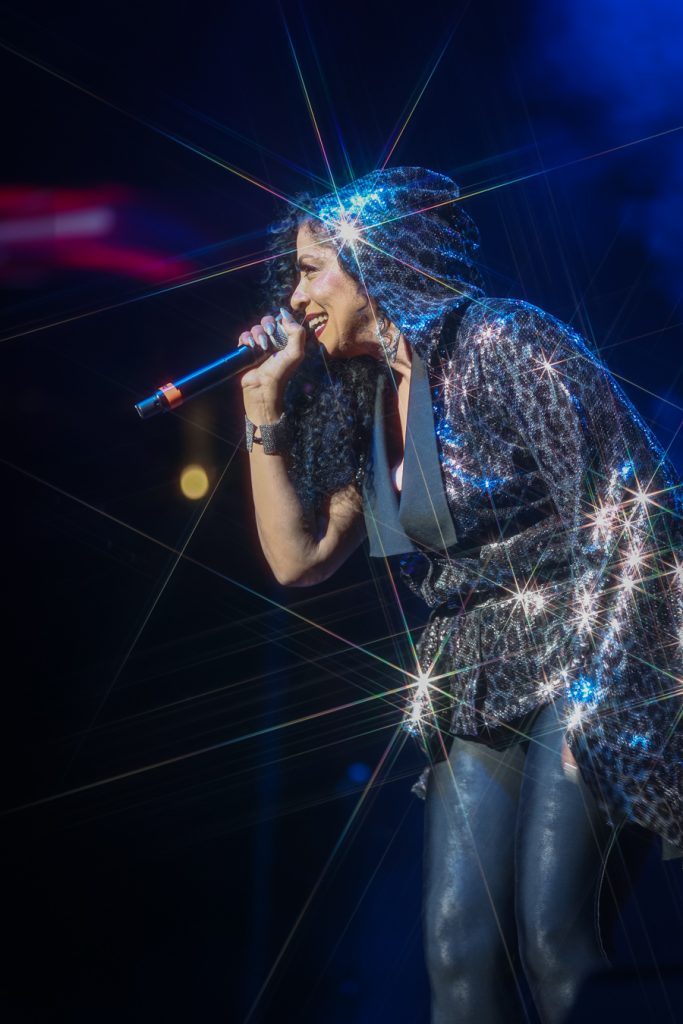 Trinere would go on to record songs like “They’re Playing Our Song”, “How Can We Be Wrong”, and “I’ll Be All You Ever Need”. Songs were typically around 6 minutes long, and just possessed a wickedly danceable beat. Her sound continued to evolve. She would put out an R&B album on the record label owned by Luke of 2 Live Crew. But then she and Butler split for good, and ultimately one day in 1992, she made the conscious decision to walk away from the music altogether.

“I left the music business. I jumped off the train and I went more towards God because I wanted to raise my son in a clean atmosphere, with no stress, no drama, and there’s just a lot of both of those in the music industry. I left the music business for 14 years and I got into the ministery.” Trinere wanted to devote her full attention to her son, intentionally trying to guide him away from the lifestyle she was involved with, even so much as hiding her music from him. Though she would find out later that classmates had informed him of his mother’s music, and in secret he would write music himself.

“I will never forget this day – one day I go into his room and I was like ‘What is that? Is that your father’s music, why are you playing his music?’ And he was like ‘No, mom. That’s my song. I produced it’. I started crying because I didn’t believe him. I didn’t believe that he had produced a track that way, at a young age, and it sounded exactly like his dad. It was identical. I’m about to cry now thinking about it.”

It would still be a few more years, but Trinere would find her way back into music. Actually, the music came knocking at her door, and everything just seemed to say that the timing was right.

“I was married to a pastor. I went through a lot with him, he was a bit crazy, very jealous. We divorced when my son was. Senior in high school. When I did that a lot of things started changing. Stevie B would call me all the time, and I’d be like, ‘No Stevie, I’m not ready. I’m still on the path. I’m still with God. I’m not trying to do the devil’s music’.” She gave a laugh as she described this. “Stevie would be on my case, ‘Jesus ain’t gonna be mad at you!’ he would say.”

Trinere was also getting phone calls from concert promoters. At the time, 20 years later, freestyle music was kicking up some serious nostalgia for those who listened to the music to escape back to their younger years.

“One day they called me at the right moment. I had divorced my husband, I had moved to Atlanta. My son had been raised – he had graduated and was going to college. I was ready, for a new life, for new everything. So I’m like, let’s do this!”

A serendipitous connection is sometimes all that it takes. When reflecting on those early days of hiding out from her parents who she had not told she had returned to Miami from New York, sleeping beneath the soundboard in Butler’s West Palm Beach studio while the writers spent their nights sleeping in the control room, waking to work on music, creating what none had foreseen would be essential albums of a new genre of music that would take off, and remain popular in the 2020’s – close to 40 years later, Trinere just talks about how they all experienced it like a family.

Trinere talks about the love she gets from fans of her music throughout the world, who have expressed that her music has gotten them through emotionally hard times. She talks about Freestyle concerts and tours that she enjoys performing at. “It just shows you that good music will last forever.”

On seeing how some of the music that she helped innovate has continued to evolve, all while leading a new generation of fans back to her era of the sound, Trinere explains it was just the combination of their tastes that resulted in those early recordings.

“We didn’t try to create a genre or be one way, we just made music. We just flowed, you know? I was always taking him [Butler] different ideas, I just had a different style. We just did music…”

If there was a single device that ran through Trinere and Butler’s music, it was this:

“I like production. I like the fullness of the sound – the hard driving dance beats. The energy, that’s the element I life. I always said to Tony, ‘If I’m not dancing or getting goose bumps, then nobody else will’.” 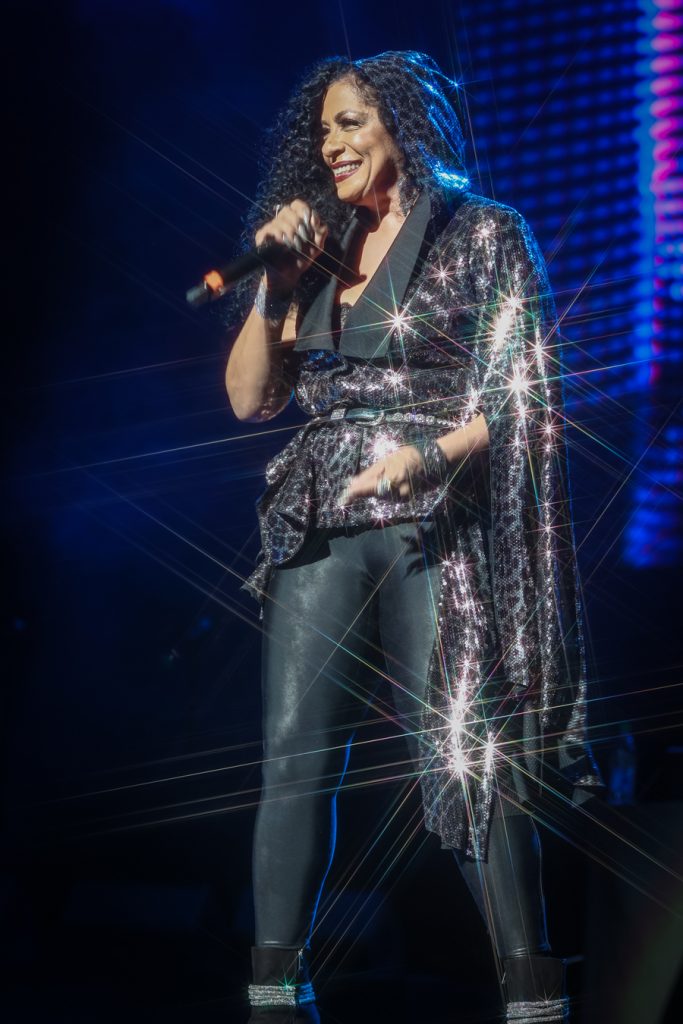 Loviet’s recordings are available on all music streaming platforms…

Catch her on the web: 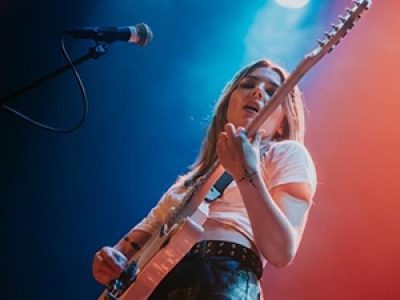 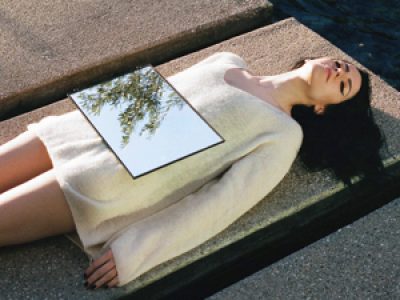