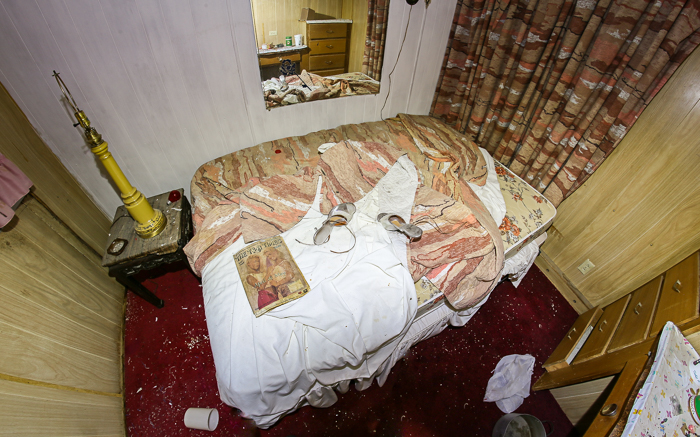 Bobbie’s Buckeye Bar was a legal brothel in Tonopah, Nevada, run by the charismatic Bobbie Duncan Himes until her death in 1989. Despite efforts to later reopen, it would never operate as a brothel again.

Born in Billings, Montana in 1915, Mary (Bobbie) Duncan would first make her way to Tonopah in 1941 en route to Hawaii. She worked Tonopah’s red light district until World War II, during which she travelled to Lusk, Wyoming where she came under the tutelage of ‘frontier madame’ Dell Burke at the Yellow Hotel brothel. Burke would take those she felt showed the drive to work as lifelong brothel owners and madames.

Tonopah was a mining town with a history rich in silver production. It was also the home to an army air base that was designated as an Air Force base in 1948. The nearby Tonopah Test Range was the site of a bombing range that had also been the target of nuclear bomb tests.

Historically, prostitution had been allowed within a legal gray area in the state of Nevada, usually under the condition that certain rules be followed, such as weekly medical testing for the women working. However this dubious official degree of legality meant that brothels operated at the whims of law enforcement, who would often cite the establishments as a ‘public nuisance’ in order to shut them down. In 1952, following the murder of a prostitute named Alice Nashlund in a Tonopah hotel, the city went to work closing establishments in its red light district. A madame named Margaret Cox would test the city’s permissiveness of brothels the following year when she opened a house known as The Willows or The Trees, named for the trees outside the building, near the site of the present-day Banc Club casino. This brothel would be ordered closed by the district attorney later that same year, rumored due to the occasional lost visitor heading to the namesake trees, though walking up to the wrong property and disturbing a homeowner instead.

Cox would then join Duncan, who had returned from Wyoming, and the two would move an old frame house to atop a long-disused mining dump from the old Buckeye Mine located outside of the town. Eventually, Bobbie Duncan would become the sole-owner and madame of the brothel.

In 1956, Bobbie married Bill Himes, a retired Navy airman and co-owner of the Pastime Club casino in downtown Tonopah. Bobbie Duncan Himes would continue running the brothel out of the old house. It was said that, aside from her Cadillac, she was a modest woman who donated generously to area schools and programs. Her birthday parties were well-attended by prominent members of Tonopah society, and it was said that she was well-respected within the community.

In 1963, with the volunteered help of many men from the community, Bobbie would remodel and expand the brothel, adding several trailers to the north and west sides of the house. The original house would become her personal living quarters. The new trailers were fashioned into a bar and parlor along with several bedrooms for the women working. The brothel took on the name Bobbie’s Buckeye Bar.

Before her death, Nevada prostitution had become legal and regulated, with individual counties determining their own rules. Nye County would initially pass a statute that all brothels be 100 yards back from any street or highway, then later amend that law to an updated distance of 300 yards. Bobbie’s Buckeye, which sat about 300 feet off of Nevada’s Highway 6, was grandfathered in. However, following her death, despite the efforts of subsequent owners, Nye County would not grant a new brothel owner’s license for the Buckeye, citing the brothel’s proximity to the highway and claiming that the several year gap in ownership had rendered the grandfathering clause of the Buckeye null and void.

Despite a legal battle, Nye County’s refusal to grant a new license meant that Bobbie’s Buckeye would never reopen. The property was eventually abandoned altogether in the early 1990’s. 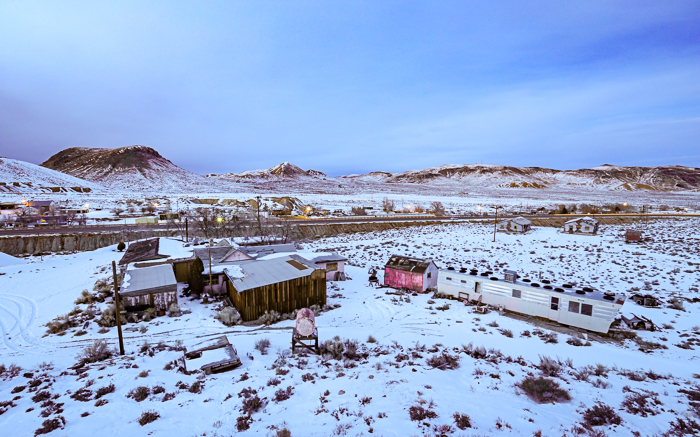 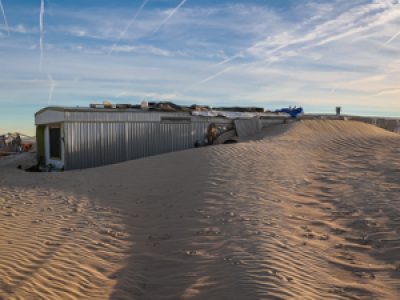