The International Car Forest of the Last Church

On the outskirts of the mining town of Goldfield, Nevada – a population of only a couple hundred people in a town without even a gas station on Nevada’s Highway 95 – is an installation that is part outsider art and part surreal junkyard called The International Car Forest of the Last Church. Though no signs will direct you there, and nothing will explain the history or motivations behind it even after you arrive, the sprawling collection of vehicles – cars, limos, busses, and delivery trucks – rise upended down a few double track dirt roads near Goldfield’s southern end.

9 years in the making (2002-2011), the project was the vision of a Goldfield local named Mark Rippie who wanted to earn a place in the Guinness Book of World Records for the most cars stacked into the ground – theoretically challenging Nebraska’s Car Henge, and Texas’ Cadillac Ranch monuments. In reality, however, there is no such listing in the record book. Rippie was joined by an artist from Reno, Nevada named Chad Sorg, who became interested in the project while driving through Goldfield and meeting Rippie. Sorg, significantly younger than Rippie, sought to contribute his physical abilities to the construction of the ‘forest’, and relocated to Goldfield.

Over three dozen vehicles sit, or stand rather, scattered throughout the property. Since its completion, the two original creators had a falling out, with Sorg ultimately leaving Goldfield and Rippie eventually ending up incarcerated on gun charges.

Despite its essential abandonment, the Car Forest remains on the private parcel, having since been visited by travelers and other artists of widely varying abilities who have used the auto carcasses as their own canvas. Beneath rural dark desert skies and through year in and year out of sunny dry days, the Car Forest remains in a slow state of decay, likely seeing more visitation from local feral burro populations than from the sporadic visitors stopping on their drive across the state. 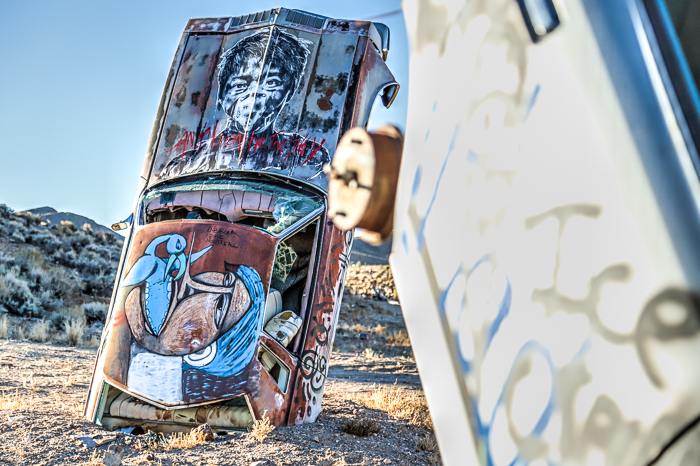 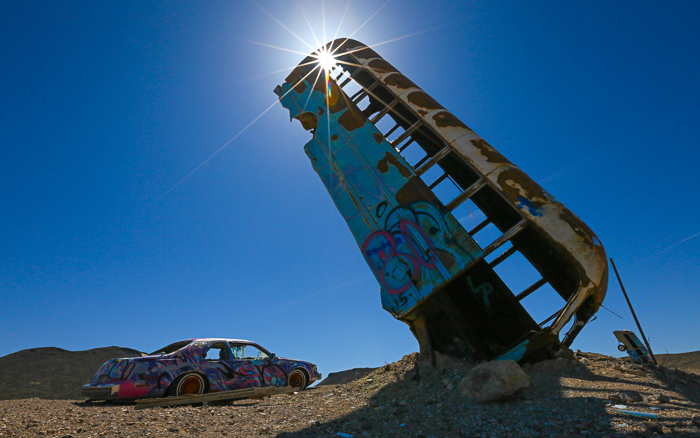 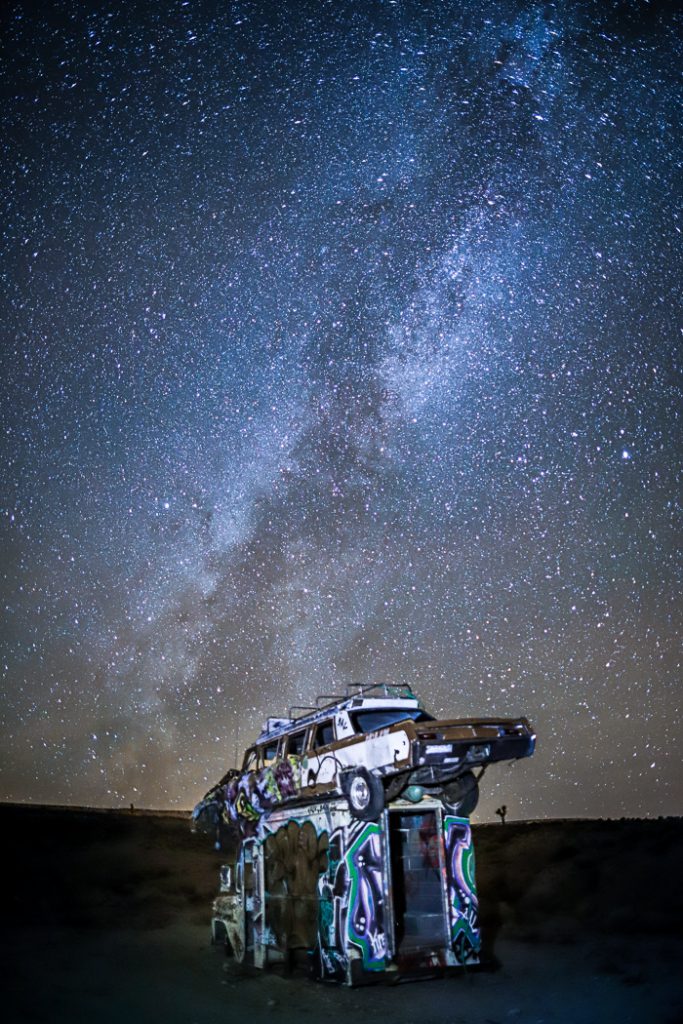 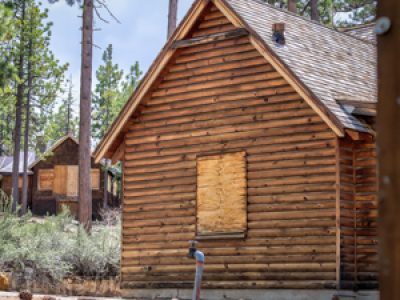 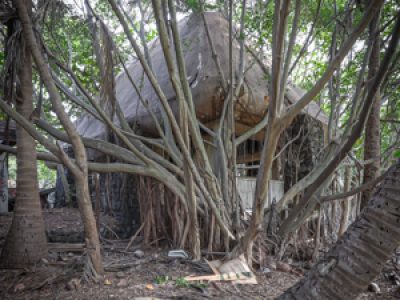