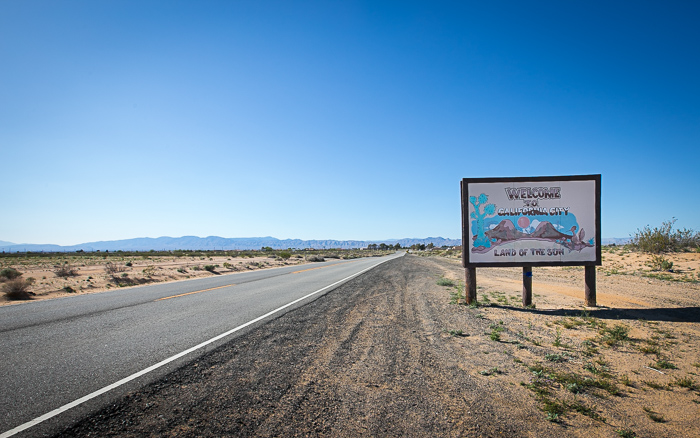 Located about 100 miles northeast of Los Angeles, and 65 miles southwest of Death Valley, is California City, a desert exurb of about 15,000 people which also houses a correctional center and sits not far from Edwards Air Force Base and the Rio Tinto Borax Mine, the largest open-pit mine in California. But if you venture outside the core of this town, you’ll arrive at a grid of dirt roads extending into a skeleton cartography of cul-de-sacs and neighborhoods which have never materialized.

Southern California in the 1950’s was marked by a trend of movement out of cities and into newly-created suburbs. Aiming to capitalize on this trend, as well as experiment with his own community development theories, a Czechoslovakian-born, former Columbia University sociology professor named Nat Mendelsohn purchased 82,000 acres of land in a mostly-barren area beyond the Antelope Valley. Mendelsohn and his team of planners envisioned a city with seven different communities, including areas for a university, a medical center, and a bedroom community. A large central park was constructed, which included recreational athletic facilities, an outdoor swimming pool, and a 20 acre lake.

Mendelsohn began selling lots in 1958, as well as offering three-bedroom homes for $8700. Tens of thousands of lots were sold, and plans were drawn up for a large scale airport to be built in neighboring Palmdale. Though, by its 1965 incorporation, speculation on new industry had not come to pass. Of the lots that had been sold, few had actually seen any construction. After this length of time, some buyers were beginning to sour at the static land values, and after seeing no significant financial return and only a fraction of the imagined construction, many stopped paying taxes and let their lots fall into state ownership. Mendelsohn himself sold his portion of the development company in 1969.

Great Western, the company who bought Mendelsohn and his associates’ shares, continued to promote California City with a similar degree of optimistic whitewashing, until, in 1972, a desist and refrain order was issued to them by the California Department of Real Estate who stated the ads grossly embellished the “commercial, recreational, structural” development of the city.

In 1974, ownership of the development company was transferred to the Hunt brothers of Texas, who in a deal securing Great Western’s beet sugar fields elsewhere, also received California City in the package deal. This acquisition occurred at the same time that a Federal Trade Commission decision came down granting the new owners to pay $4 million in partial refunds to people who had purchased land in California City since 1972, along with the judgement that the Hunt brothers would need to pay $16 million for utility improvements throughout parts of the city. Finally, the settlement required a written warning placed on all promotional materials stating: “You should consider the value of any of our land to be uncertain. Do not count on an increase in value.”

Today, Nat Mendelsohn’s vision of a city that would rival Los Angeles remains mostly undeveloped beyond a core area. Geographically, California City is the 3rd largest city in California, though much of that remains a halo of gridded dirt streets and paths marking where planners once imagined thriving communities would go. Today, on these grids of abandoned city development plans, California City offers hundred of miles of ATV riding, and for those employed by the local prison or mining industries, there are still plenty of opportunities for affordable lots. 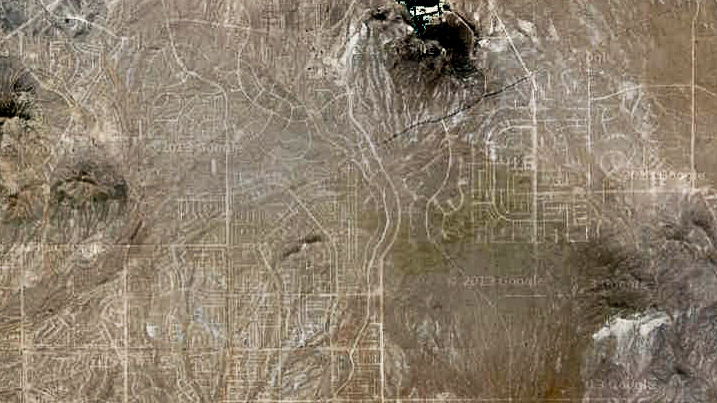 *from Google Satellite Images. An aerial view of a city that was never built. 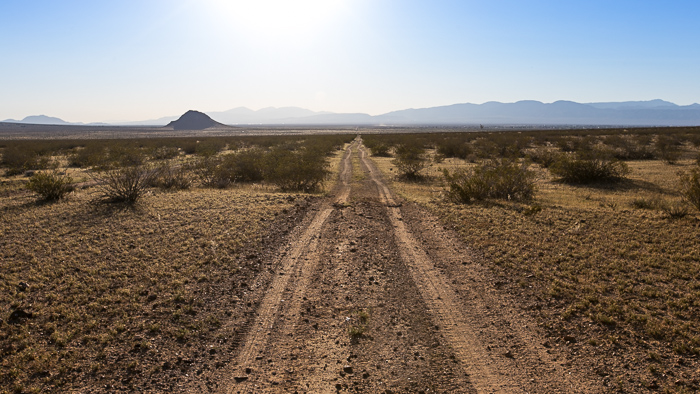 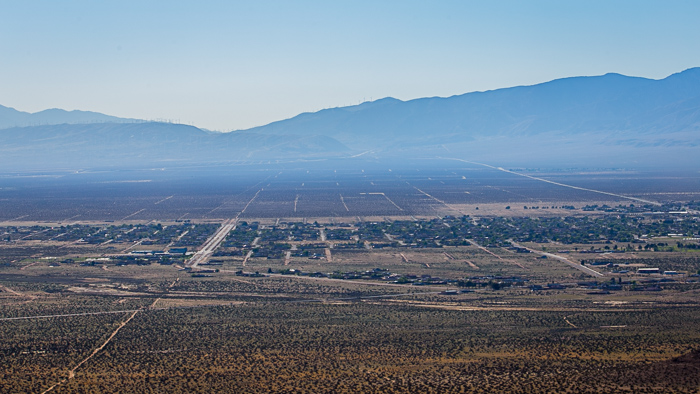 The developed city abuts the undeveloped. 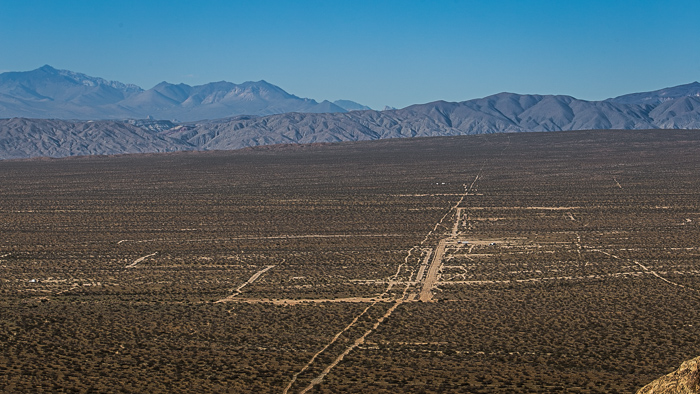 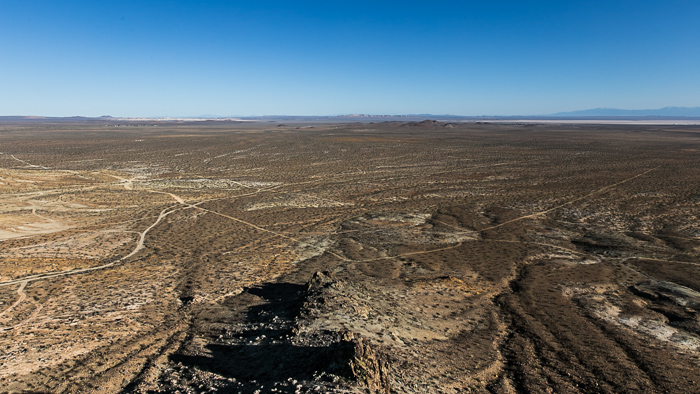 Neighborhood streets carved out of the desert and sage. 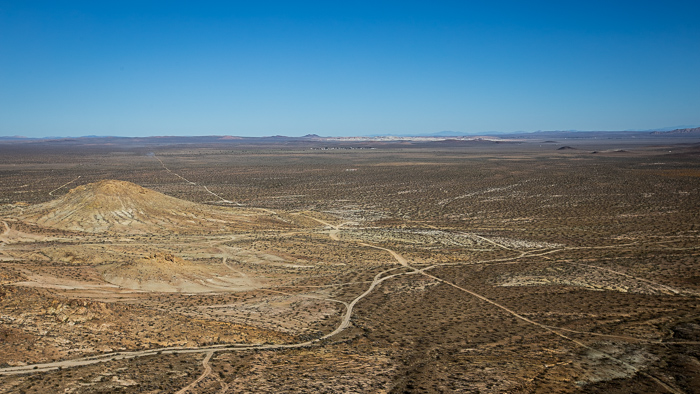 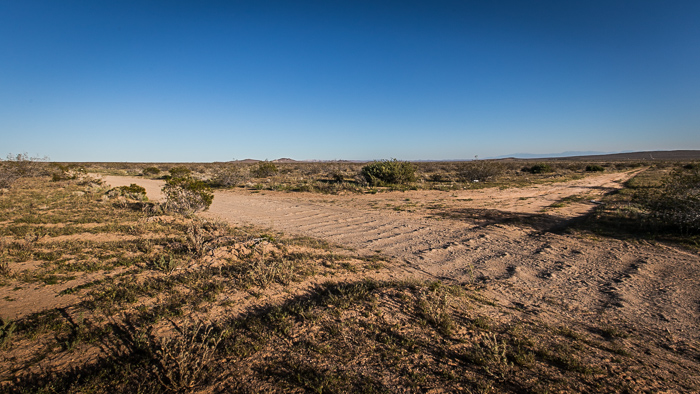 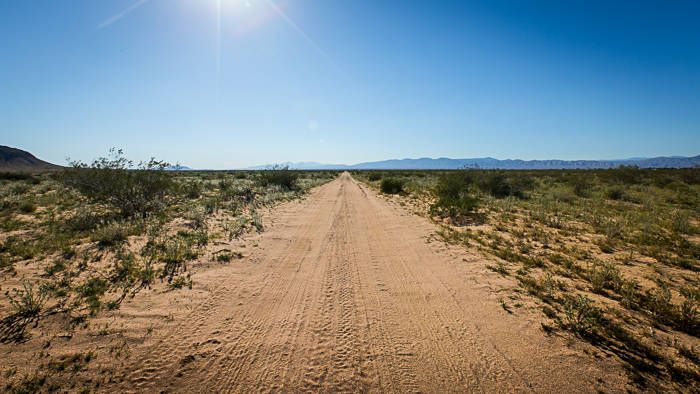