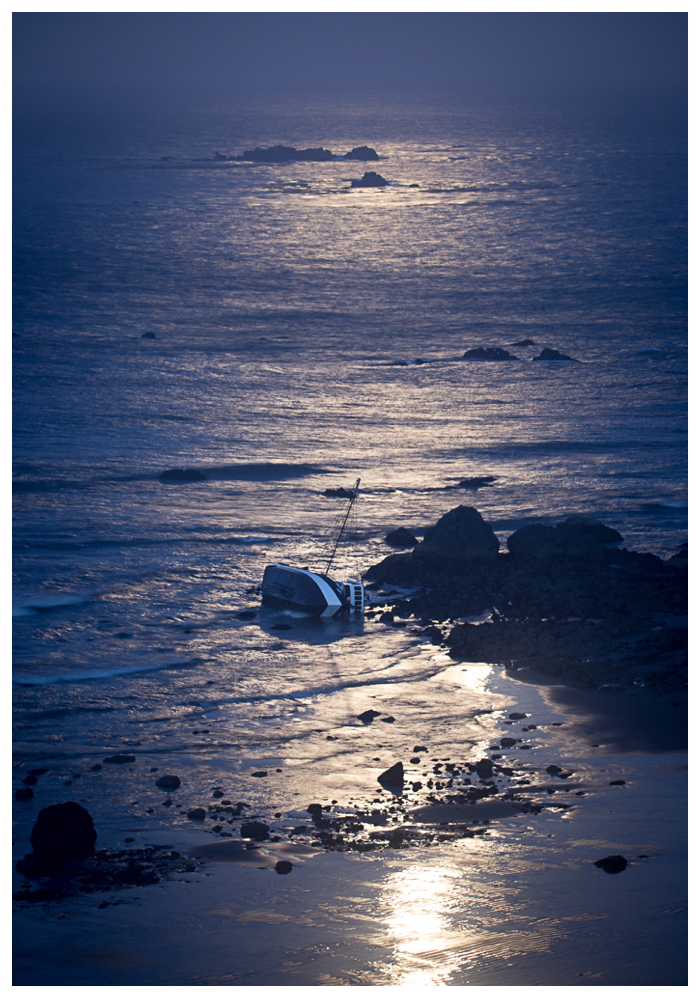 The Wreck of the Jamie K

A 52-foot fishing vessel lays amongst the rocks in Cape Blanco, Oregon.

At 1:40 am on the morning of July 21st, 2015, the Coast Guard received a mayday call from the fishing vessel, Jamie K. The boat, carrying 10,000 pounds of shrimp, had lost navigation and power after hitting rocks during an attempt to navigate a rocky area called “Little Hole” while trying to reach a good fishing area. After beginning to take on water, strong winds pushed the boat into the rocks at Cape Blanco.

After hitting the rocks, the four-person crew put on their survival suits and climbed into their life raft.

A Coast Guard helicopter from North Bend, Oregon arrived on the scene, though due to a mechanical failure, the winch used to lower a hoist carrying the rescue swimmer from the helicopter would not raise, and Coast Guard rescue swimmer Darren Harrity proceeded to individually swim each person from the life raft to shore.

Attempts to salvage the ship failed, and it was declared abandoned. As of this writing, individuals have already begun their own efforts of salvage and scrap the vessel.

These photos were taken on the night of the Blue Moon, several days after the wreck occurred. 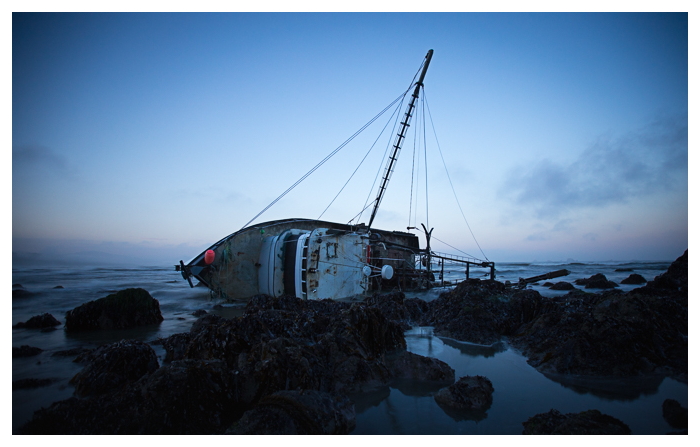 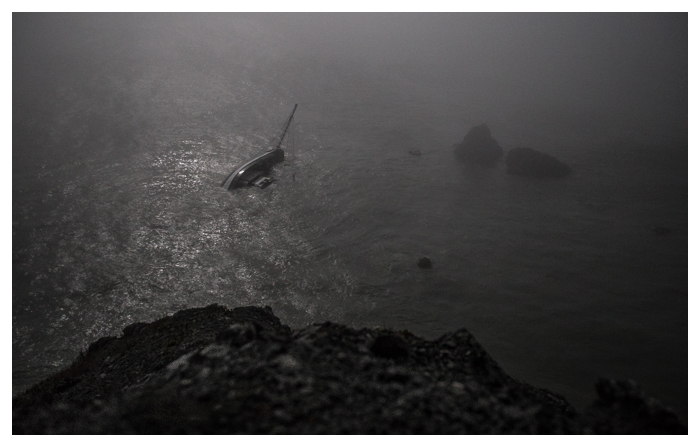 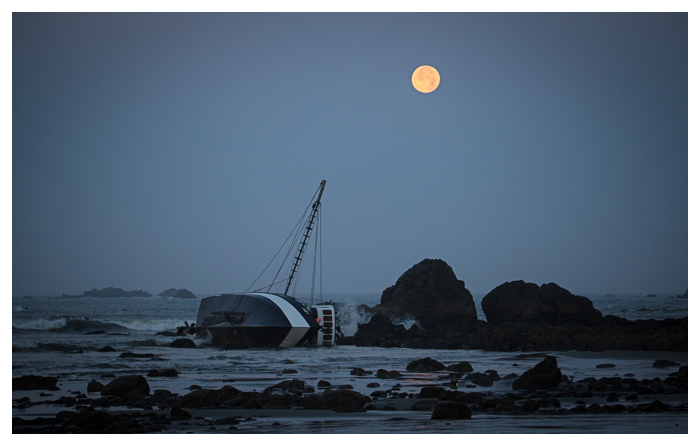